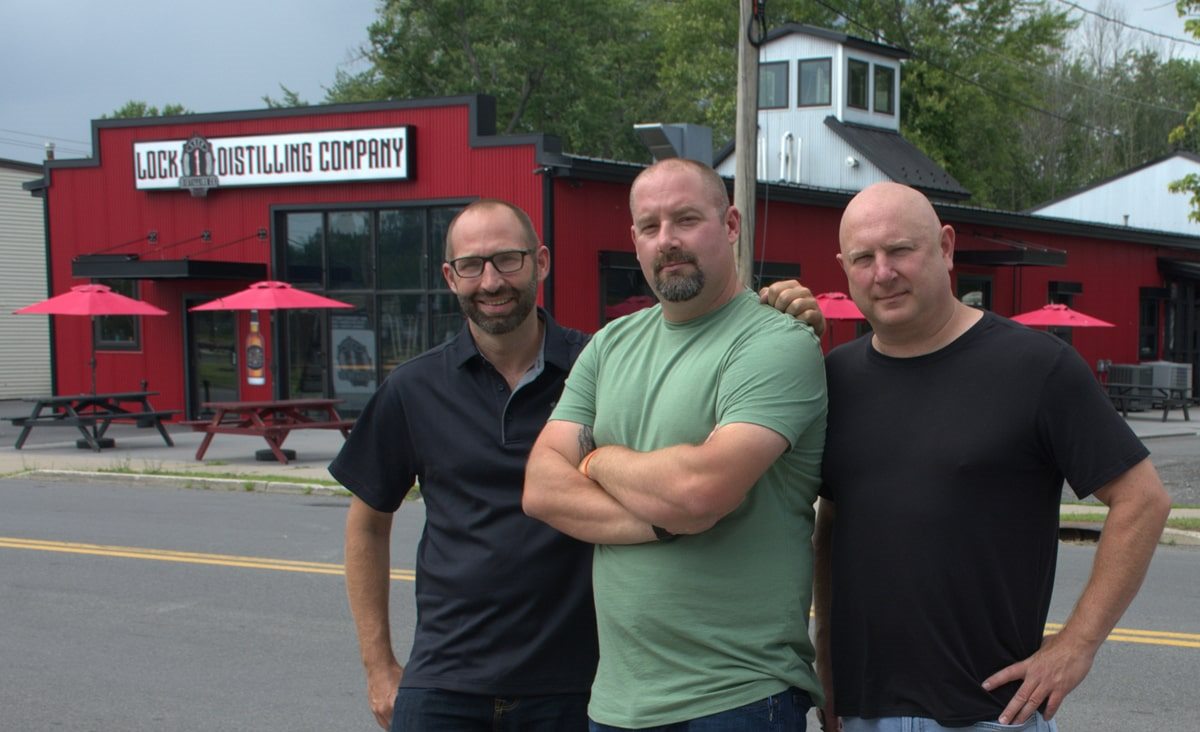 Opened around Memorial Day in 2017, Lock 1 Distilling Company is family owned and operated by three cousins, Stephen Dates, Brenden Backus and Kevin Dates. Lock 1 Distilling Company is the first distillery to open in Oswego County since Prohibition, and the distillery and tasting room sit right across the street from Lock 1 of the Oswego Barge Canal, the same canal preferred by bootleggers as the main artery from Canada to New York City during Prohibition. Lock 1 is a NYS Farm Distillery, meaning at least 75% of its ingredients are locally grown or produced in New York State. Lock 1 sources as close to 100% as possible from local growers and producers. The primary grains of winter wheat, rye and corn are all sourced from Lysander NY. The tasting room opened on June 22, 2018 and serves Lock 1 spirits as well as NYS beers and wines. A kitchen opened February 28, 2019 and serves artisan pizzas, salads, and other offerings.

The tasting room décor pays tribute to its original structure, which can be seen throughout the interior. The wooden ceiling, brick and cinderblock walls, and steel trusses are all original. The building functioned as a blacksmith shop around the turn of mid-century. Behind the one-of-a-kind poured-in-place concrete bar lies a steel panel covering the original chimney for the blacksmith forge. The building served many purposes over the years including a long stint as the Village of Phoenix DPW.

On September 23, 1916, a major fire destroyed much of Phoenix in just a few hours, including 80 buildings and 85% of the valuation of downtown, making it in comparison larger and more devastating to the community than the famous Chicago or San Francisco fires. Lock 1 released Inferno 101 Cinnamon Whiskey in 2017 to commemorate the 101st anniversary of the fire, and re-released the product in August of 2019 dedicated to the men and women in the fire service, with $1.01 from each bottle sale donated to the Burn Foundation of CNY.

Lock 1 is dedicated to the concept of small batch craft spirits using local ingredients to produce products that consistently win medals and awards in state, national and international competitions.

Other notes
All grains are sourced from Onondaga and Oswego counties.
All stills are hand crafted and custom made.
For “added sugar” products (flavored whiskeys/liqueurs) – Lock 1 products have (just) less than 11 grams of sugar per 1.5 ounce shot (around 7.2g per ounce), some
similar products on the market have similar or more sugar than Lock 1 products.
If asked, try to compare: